When we started this NICU journey, I wasn’t exactly sure what to expect.

Let me start off by giving a little history about myself.

I have a sister who is seven years older than me who is special needs. She has Spina bifida and has some various complications from that. Growing up, I was in and out of the hospital with her for various appointments, procedures, surgeries, etc.

Growing up, I always wanted to be a nurse. In high school, I took my CNA class and became certified. I worked in a hospital, starting out on a medical oncology floor for one year, then moving to pediatrics where I worked for another eight years. I left my job with the hospital when my maternity leave was over after having our twins.

So, with all of that being said, I’m not new to the medical field. I know terms, equipment, what they do, etc. Am I an expert? Ha. Not even close. I know enough to get me by, and that’s about it.

Being on the opposite side of everything is incredibly hard! I have this problem of getting my hopes up, only to be reminded that I have a preemie baby who is in the NICU.

His kind nurse today explained it all to me as a roller coaster. There are good days and bad days. Hopefully there are more good days than bad, but with a baby in the NICU comes highs and lows.

This picture was taken Feb. 13 in the afternoon. It’s the first time I’ve ever seen him without tubes on his face. He stole my heart all over again. They took the tubes off to replace them (the NG tube to the other side, and to re position his oxygen canula). He was doing so good.

Then, about six hours later after we had gone home for the night, this happened: 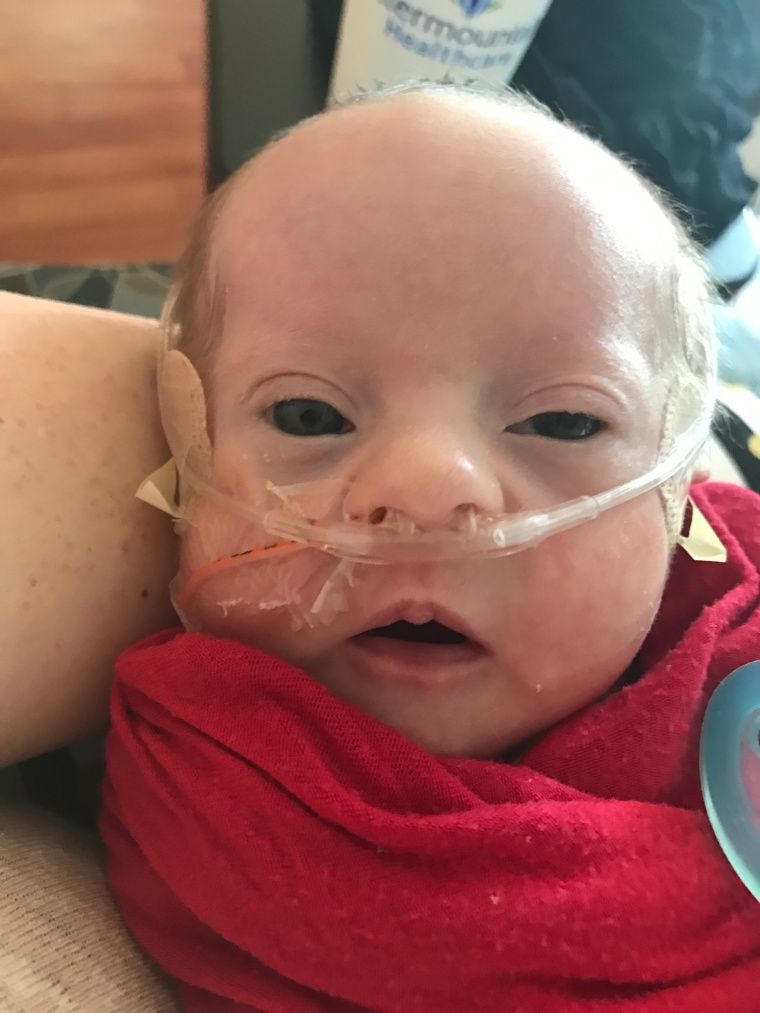 (Just a little side note, he’s already getting camera shy and doesn’t cooperate very well with my pictures!)

After trying the higher flow of oxygen and it not really improving, they decided to try something “crazy” as the NP worded it and put him on whats called a trace of oxygen.  It is about 1/16th of a liter of oxygen, just enough to make the oxygen turn on.  Ever since they’ve transitioned him over to this setting, he’s doing fantastic.  He’s no longer “swinging” as much and its great!

The other part of the roller coaster ride is the feedings!  We’re working on breastfeeding and bottle feedings. Mister is supposed to get 43 ml of milk a feeding.  When I breastfeed him, some days he does awesome and will take about 30 ml.  Other days, he takes 3-5 ml.

When we first introduced a bottle, it went horribly! He choked on it three different times and wasn’t sure what to do with it.  The occupational therapist said that when babies breastfeed, they can control the flow easier by clamping down on the nipple.  When they try that with a bottle, milk or formula is still coming out and the baby isn’t sure what to do with it.  That was the first attempt.  The next day, when we tried the second attempt, he was a champ! He took it without any problems, and took 35 ml!

So, were still having ups and downs.  It really is just a roller coaster ride!